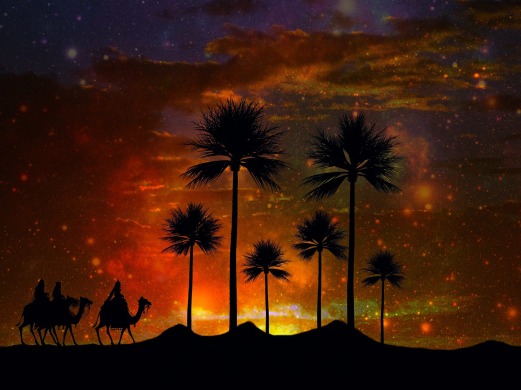 If you have read the story of Christmas, you have heard of my father Herod the Great. I was his youngest son, Herod Antiphas. My father was a descendant of the line of Esau, Jacob’s twin brother, also known as Israel. My grandfather’s name was Antipater who had converted to Judaism and due to this, my father was raised as a Jew.

My grandfather was a high-ranking official and he had four sons and one daughter. He was able to establish two of his sons in high ranking positions as well. My father became governor of Galilee and my uncle Phasall governor of Jerusalem. Later, Mark Anthony (Cleopatra’s husband) nominated both of them Tetrachs. Through my father’s efforts (which some called malicious) He was nominated king of the Jews by the Roman Empire.

My father lived by his own rules. He accomplished many things, built many cities and embellished many as well; a delightful hobby I was proud to inherit, which allowed me to follow on his steps. He was efficient in his dealings with Rome and his improvements of the Jewish economy. Throughout his lifetime he married nine wives who gave him fifteen children.

He had the power to take what he wanted and get rid of those that were on his way including my three brothers, his second wife, one father in law, one mother in law and one brother in law. Since he was not liked much by the Jews, he was afraid of the lack of mourning over him upon his death and deviced a plan that lucky for them my aunt Salome overturned.

He ordered all the notable Jews from all parts of his kingdom to come to him in Jericho under penalty of death.  He placed them in the hippodrome of Jericho and left instructions for the soldiers to kill all the notables upon his death (Antiquities 17:174-181; LCL 8:451-455; Netzer 2001:64-67).

My father suffered from depression and paranoia throughout his lifetime and his illness and cause of death was not anything he could change. As Josephus told you, “He had a fever, though not a raging fever, an intolerable itching of the whole skin, continuous pains in the intestines, tumors of the feet as in dropsy, inflamation of the abdomen, and gangrene of the privy parts.” (National Geographic, January 2002)

He also left behind a family that was divided and not in any position to support each other. Love? What was that? We had learned from our father; Our leader. Conquest and power is what we had learned to astrive for. What else could be more important?

In the Christmas story, in the book of Mathew chapter two, you are told of how my father as astute as he was, questioned the Magi who came from the East. Through their conviction that this was indeed the birth of the Messiah, based on their studies of the signs, and by his own overhearing of the Messianic story told by the prophets of old, he had enough concern to think that this child, who the Magi were calling the king of the Jews was a threat to his kingdom.

My father called all  the Scribes and chief Priests and confirmed the Scriptures of such claim. They quoted the scripture in the book of Micah chapter 5:2  that says: “And you Bethlehem, land of Judah, are by no means least among the leaders of Judah; For out of you shall come forth a ruler who will shepherd my people Israel.”

My Father wanted the Magi to find the baby, worship him as it pleased them and come back and tell him where the child was, but they never came back. Mathew said that they were warned by God of my father’s plans and they took a secret route and went back to where they came from.

My father was very upset about their trickery and had all the male children younger than two years, who lived in Bethlehem and its vicinity killed. As far as he was concerned, this matter was over.

Here I was, following on my father’s steps. I had convinced my brother Phillip’s wife Herodias, who was also my now deceased older brother’s daughter, to leave my brother and marry me. In those times, a man named John, who the people were calling a prophet was baptizing many and claiming that The Messiah was here.

He had issues with my marriage to Herodias and on her daughter’s birthday, she asked for his head and I gave her wish as we celebrated. His teachings were perturbing. Who had time to waste on such matters? Not me, my motto was fun! Celebration! The people were in commotion. John was teaching them that a man named Jesus whom he had baptized with water was the Messiah.

Well, Story after story. Wasn’t the Messiah the one the Magi claimed to have been borne during my father’s reign? He had taken care of Him then. Stories, stories! These people were simple people. Always inventing stories! Educated people like me had more important matters to deal with. Who wasted time on this?

As annoying as it was, I kept hearing of miracles that this so-called Jesus was performing. Once in a while, I would think that maybe this was John the Baptist coming back to get me. Imagine my surprise when they told me that Pilate had sent Him to me for trial!

The Priests and Scribes were there accusing Him of breaking their laws. I did not care about their complaints! I wanted Him to entertain me and my soldiers. I asked him to perform a miracle for us, but nooo! He was not cooperating! I asked many questions that He did not care to answer. Not a very smart one. I had the power to save Him.

We had fun with Him for a little while. We dressed Him in a gorgeous robe and sent Him back to Pilate. We were merry! So Merry that the animosity  that existed between Pilate and me was forgotten and we became friends on that day!

What is He doing for you these days? Are you fearful of Him as my father was? Is He entertaining you and making you merry as He did for me? Is He a burden to you; An obstacle to your plans as He was to Pilate? Or are you Merry because He is your redeemer, The Messiah that is claimed to come and change people’s hearts and unite them to God?

Do you even have time to think of these matters? perhaphs too many presents on your list.